For special event lighting, there are three areas of concern with respect to lighting direction: stage and entertainment lighting, décor and theme lighting, and ambient lighting. In all cases, the effect of directional lighting is similar, but the desired outcome may be different. Let us examine the different directions that may be used to light people or objects and then see what the differences may be.
We begin with some illustrations of lighting people from different angles. Figure 1 illustrates front lighting. Although this direction gives the best visibility, it also tends to make objects and people appear “flat.” For lighting people and stage shows, this is one direction that is absolutely necessary so the audience can see what is happening onstage. Generally speaking, in almost every instance of special event entertainment, some component of continuous front lighting will be needed, even if it is not fully bright or not white.
On the other hand, for ambient lighting and theme décor lighting, front lighting is not always desirable. If lighting walls, for instance, to achieve a general mood, direct lighting is less desirable than uplighting as it tends to highlight the flaws in the wall. However, if a large painted mural is part of the décor, front lighting may be the right choice in order to give the best visibility and render the mural scene more realistic. The same would apply if the front lighting is a gobo and a clear, proportionally correct pattern is required to be seen on the wall. 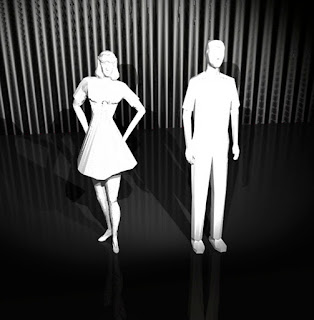 Figure1: Front Lighting
Figure 2 illustrates top lighting, which, for people, adds shadows to faces but also adds nice highlights to hair and shoulders, which onstage can help to separate people from backgrounds. For décor purposes, top lighting is often used to light table centers with pin spots or automated fixtures, to give crisp, undistorted beams of light throughout the event space. It is also used for highlighting décor vignettes and for floor lighting. 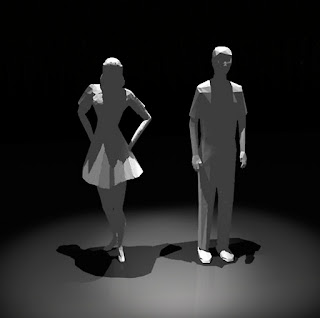 Figure 2: Top Lighting
Figure 3 illustrates rear lighting, which is very useful for adding dimension to persons or objects onstage and for separating them from the background. Similarly, for décor it can help to add a third dimension and make a display seem more “alive.” 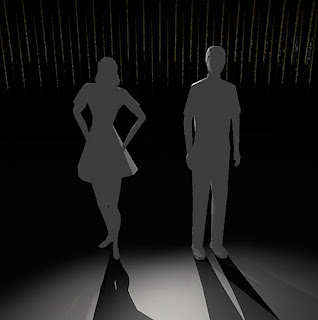 Figure 3: Rear Lighting
Figure 4 illustrates side lighting, which is highly desirable in some form when lighting people onstage as it also adds dimension and makes the body shape more obvious. In the same way, it can add shape to décor. However, when lighting flat décor as in the case of murals, it tends to highlight flaws in the surface and is not recommended. 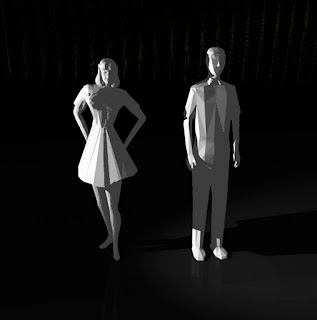 Figure 4: Side Lighting
The final direction for lighting is under or up lighting, as shown in Figure 5. When used to light people, this is associated with a ghoulish, macabre effect as seen in movies and is not desirable unless it is being used for a special effect. However, for décor, especially for ambient lighting, it is one of the most effective directions, particularly for uplightng walls, ceilings, and backdrops. 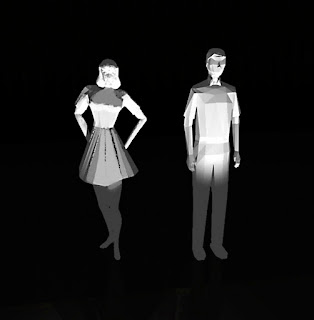 A related aspect of direction is movement. Movement indicates any change in lighting that gives life to the lighting and brings it closer to the natural world. It is usually of timed duration and can include:
According to Williams (1999), “movement may be rapid or very subtle, slow and imperceptible. Such may be the case of a designer that provides a slow shift in sunlight from one side of the stage to the other throughout the duration of a play. The audience may not notice the shift; however, they often may ‘feel’ the result of the change emotionally...Up until recently, movement was probably the least utilized quality of light by the stage LD. This all changed in the 1980s when the automated lighting fixture was born. The modern automated fixture can now move physically – directing its beam from one part of the stage to another (or any other area within the event space – author). In addition, the automated fixture can ‘move’ from one color or effect to another, at any speed. The changes and combinations of intensity, form, distribution, color, and movement are endless.”

I hope these basic explanations of event lighting will help you and your lighting designer come up with some wonderful events.