Why Use Entertainment in Special Events?

As event planners and producers, before we use entertainment in a special event, we need to understand its impact on an audience. In other words, we need to analyze exactly why we are suggesting it to a client.

The reason for any given entertainment concerns the overall message delivered by a performance. It is the “why” question answered. The performance must satisfy the audience and client and deliver the promised results based on the original reason for the entertainment. For special event production purposes, the audience’s interests are usually represented by a single person (e.g. a client or event manager) or a small number of persons (e.g. an organizing committee) during the planning process, and it is this person or these persons who must articulate the reason for the entertainment to the producer. Here, then, are the main reasons we produce entertainment shows for special events.

A powerful reason is the imparting of knowledge to an audience; it may be based entirely on learning or may be a small part of a larger show with multiple goals. Here are some typical examples that have proven successful in my own and my colleagues’ experiences. 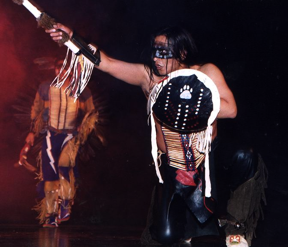 There is no more impressive method of physically moving crowds than to have them follow highly visual and loud performers. Using a marching band or other “noisy” entertainment to lead people can save considerable time, especially with a large audience, and can be a nice segue from a reception to dinner or between event segments. In my career I have used marching bands, Swiss alpine horns, drum groups, color guards, cowboys on horses, fanfare trumpets, a town crier, stilt walkers, a Chinese lion, Dixieland bands, dancers of various types, clowns, old cars, and more I can’t remember. In almost all cases, guests automatically followed the entertainment without having to be told what to do, thus making my job as a producer a little easier (not to mention negating the need for a costly add-on audio system in a remote location).

Following musical performers or noisy acts is not the only way to move people. Also possible is creative hosting. For example, we once designed an Evening in Paris night for an important client at which we used a dozen male and a dozen female dancers dressed in traditional French attire and all very outgoing. They greeted and cheered guests as they arrived and individually escorted each guest to their table, then appeared later to perform a can-can dance routine after which they went into the room full of seated guests to bring them up to the dance floor (Figure 2). This concept of participative “party starters” has gained tremendous popularity in recent years. 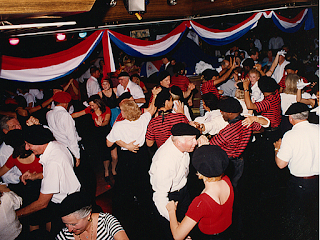 What To Do When Event Disaster Strikes

When event disaster strikes - and it does - to everyone in this industry at some time or other, it helps to have a game plan. There are two possible general scenarios from which you will need to recover. One occurs when the event itself is in jeopardy and something must be done to make it continue successfully. The other occurs when you have to save a client and your reputation. These situations assume that you have already taken every precaution for controlling risk and have completed proper risk assessments before the event has even begun.

When you are called upon to “save” an event, it usually means you must add, delete, substitute, reconfigure, or accommodate something in order to make the save possible! In almost all cases, the “save” is necessary because of unforeseen and unimaginable circumstances. Based on the collective war stories of TEAM Net (Total Event Arrangements and Meeting Network – www.go2teamnet.com) and the foresight of Dianne McGarey, one of the founders, the following key rules are offered for handling those eleventh hour challenges, whatever their size and scope.


Saving a Client – and Your Reputation

Sometimes, no matter how much you anticipate, how much you plan, how many times you double-check details, or how hard you try to make the “save,” Murphy’s Law strikes and a situation develops that has the potential to do serious damage to your reputation and your relationship with your client. Usually, it boils down to the fact that something you were contractually obligated to provide does not materialize in a manner that is satisfactory to your client. In these cases, there may be no other alternative but to come to some compromise with your client or with another player in the event such as a venue. This is often known as a “good dose of humility” or “eating crow!” Every event planner experiences this at some point in their career.

Posted by Doug Matthews at 20:17 No comments: Links to this post